You are here: Home / Uncategorized 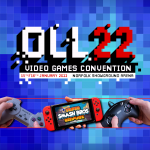 Come to OLL ’22 – a video games convention for Norfolk… featuring us.

You may or may not have heard that our friends at One Life Left Gaming Cafe (the venue of all our meets) have announced OLL ’22 – a video games convention at the Norfolk Showground Arena on the 15th and 16th January 2022. This is supported by The Centre Of Computing History, as well as […] 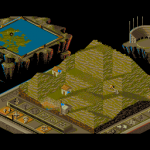 Christmas, eh? (Etc.) The true meaning of which is, of course, to eat several times your own body weight in food and giving your liver a tough time with excessive alcohol consumption. But do you know what else is great about Christmas? Presents, naturally. And even better – Amiga-themed presents. Let’s face it, if you’ve […] 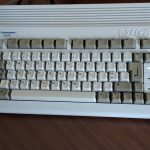 One of the side effects of forming NAG that I didn’t anticipate was how much cold, hard cash I’d end up splurging on hardware. For many years I’d got by on a sole A1200 (albeit one that’s a long way removed from a stock model). In the early days of the group, I managed to […]

Hard to believe now, perhaps, but there was a time when the Amiga – yes, that massive slab of plastic that you could probably knock somebody out with (unless it’s an A600) which boasted a 68000 processor clocked at little over 7Mhz, and a stonking 512K of RAM at one stage – was the pinnacle […] 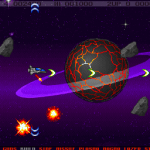 I know what you’re thinking. “A standard ‘Best Games Ever’ list, presented in the form of a countdown? That’s a bit of a desperate space-filler, isn’t it?” And, well, you’d be correct – but hey, there’s nothing like a totally subjective chart (compiled from the votes of many NAG members) to get people angry about […] 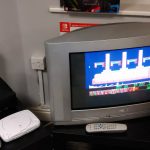 No need to NAG me for a website anymore

See what I did there? Anyway… the idea of launching an actual website for the group has been doing the rounds for some time now. After all, although we’ve experienced rapid growth (and I don’t just mean my weight during lockdown) recently, we’re heavily reliant on social media platforms – Facebook and Twitter, in other […] 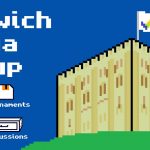 Well, kind of… Welcome to our new WordPress-powered site. As you can see, this is still very much in its infancy, but we’ll be adding all sorts of fascinating content (it says here) in the weeks to come as well as keeping the world informed of NAG’s upcoming activities. Watch this space. No, not this […]

Any donations are gratefully received to help us advertise, promote and grow the group. Thank you!